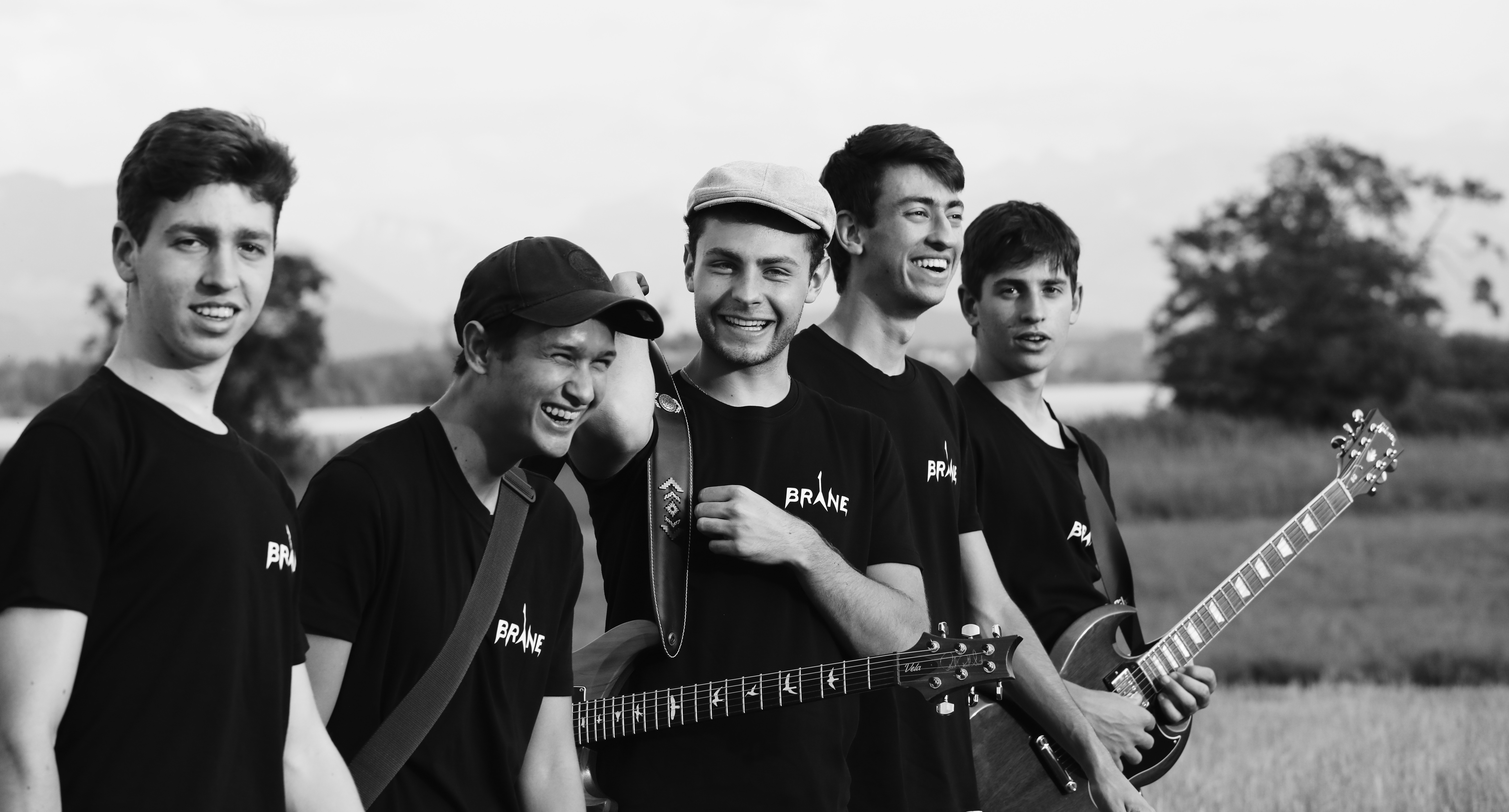 The rock band was found in November 2018 in Ermensee, a small town in the canton of Lucerne, Switzerland, by the 3 brothers Noah, Elija and Julian Müller as well as Elias Ruckstuhl. In early 2020, guitarist Suvin Blum joined the band. Today, their style varies from energetic alternative rock to pretty sensitive stuff, often with a pop structure as a foundation. In addition on live shows, Branefive loves to play covers of classics through the decades. It is an understatement to say that rock means the absolute world to them.